Toward the Future: Museums and Art History in East Asia (with e-book) 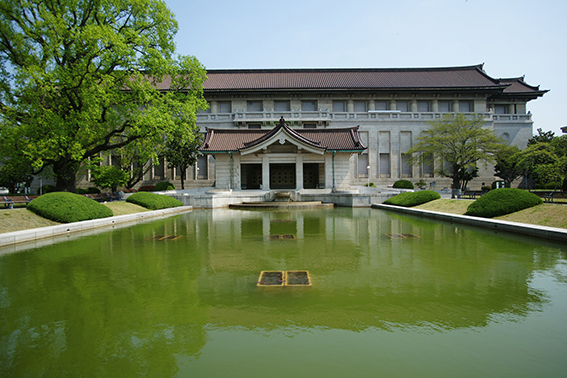 CIHA Colloquium in Tokyo, Japan
Sunday and Monday, March 10 and 11, 2019
At the Auditorium, Tokyo National Museum

CONCEPT OF THE COLLOQUIUM

Under the title “Toward the Future: Museums and Art History in East Asia,” the 2019 CIHA Colloquium in Tokyo examines the sate of the field of art history in the age of globalization by discussing various issues in East Asian art history from a comparative viewpoint, and explores ways to expand the field of study for the future. It also expects to contribute toward reorienting the history of East Asian art more comprehensively through discussion in the sessions focusing on the foundations and modern development of museums, art history, and other related art institutions and of related practices and activities such as collecting artistic objects and the historiography of arts and artists in pre-modern East Asia.

In fact, the substructure that provided the foundations and fostered the developments under discussion varied from region to region in East Asia even though the traditional notion of shuhua or “calligraphy and painting,” for example, was prevailing as the framework within which various artistic practices were attempted in pre-modern East Asian countries. In China, the notion of shuhua seemed to be maintained even after the establishment of modern academic art education and exhibition systems while, in Japan, coinage of the word bijutsu, meaning “Fine Arts,” expelled calligraphy from the realm of art defined as bijutsu and drove traditional notions into the category of outdated customs. In Korea, where the three categories of “Eastern painting,” “Western painting,” and “calligraphy” were maintained in official art exhibitions, traditional notions seemed to compromise with the Western notion of art, even after the neologism of bijutsu was introduced to East Asian countries and continued by the word meishu in Chinese and misul in Korean, using the same set of characters.

Considering these contexts in East Asia, this colloquium is subdivided into two sessions: “Comparative or Cross-Cultural Approaches to East Asian Art Before the Sustained Contact with the West” and “The Foundation and Development of Museums, Art Collecting, and Art History in East Asia After the Encounters with the West.” The first session focuses on various issues concerning pre-modern East Asian art and art institutions, while the second concentrates on those of modern and post-modern East Asia. Although the historical context of interactions with the West, as well as the context of modernization, differed from region to region in East Asia as in the case of introducing the Western notion of art, both sessions take comparative and regional, interregional, or trans-regional viewpoints to examine artistic practices and activities of the past and present. These viewpoints may stimulate comparisons between pre-modern practices and modern institutions or between different regions in East Asia. They may also concern Western reactions after the direct contact with East Asia, such as the collecting of objects from the East.

The range of topics to take up in the two sessions of this colloquium is rather limited, but a focused discussion, we believe, will contribute to the future development of the field of study. From the 1980s onward, a set of bipolar tendencies has become noticeable in art historical studies. On the one hand, globally-oriented research has expanded the traditional field of study in art history to the study of images and visual cultures in a broad sense or even to a kind of image anthropology. On the other hand, regionally-oriented research has underscored the historicity of the Western term of “art” and been skeptical of the universality of that term, which art history had presumed as the foundation of the discipline from the outset. At present, the field of art history appears to be headed more and more toward a borderless vision. Responding to the present trend, this colloquium is expected to help redefine research frameworks in the field of study.

E-book of the Proceedings (New):

Greetings from the Organizers

Zeniya Masami
Executive Director
Tokyo National Museum
Good morning and thank you for the introduction. I am Zeniya Masami, executive director of the Tokyo National Museum. As a representative of the organizers, I would like to take this opportunity to greet everyone and say a few words.
First of all, I am very pleased and honored that the Tokyo National Museum is able to host “Toward the Future: Museums and Art History in East Asia,” the 2019 colloquium of the Comite International d'Histoire de I'Art. I am proud to say that this is the oldest museum in Japan, with holdings of over 117,000 objects.
The last colloquium that the Japanese Committee for CIHA and the Tokyo National Museum organized was “Japan and Europe in Art History,” held in 1991. In 2013, the Otsuka Museum of Art, our cosponsor for this year, hosted Japan’s second CIHA colloquium. This Museum’s galleries comprise approximately 1,000 full-scale reproductions of famous paintings from 25 countries, ranging from ancient to modern times. These reproductions are on ceramic tiles. The theme of the symposium hosted by the Otsuka Museum of Art was “reproductions,” which of course relates to the concept behind the Museum. 32 scholars from 11 countries presented at this symposium.
The present symposium, “Toward the Future: Museums and Art History in East Asia,” is divided into two sessions during which 18 scholars from 9 countries will present. Although smaller in size, I believe it equals the symposium at the Otsuka Museum of Art as 73 scholars from 11 countries submitted presentation proposals. I believe this fact shows that many scholars have great interest in and high expectations for this symposium.
As Professor Suzuki Hiroyuki will discuss the aims of this symposium in his opening presentation, I would just like to express my hopes for this event. I hope that through the upcoming presentations and discussions, we will be able to grasp how art historical research is progressing in East Asian countries, allow this research to contribute to the creation and development of a global art history, and I also hope that what we learn and discover here will be reflected in the future programs and activities of numerous museums.
Lastly, as a representative of the organizers, I wish to express my deepest gratitude to Professor Zhu Qingsheng, president of CIHA, who approved the holding of this symposium; the members of the CIHA Committee; the Kajima Foundation for the Arts, which has provided generous financial assistance for this symposium; and the Science Council of Japan and The Japan Art History Society for their dedicated support.
I wish everyone the best for the two day of this symposium. Thank you.

SPEECH AT THE CIHA COLLOQUIUM, JAPAN